Spotlight: Father and Son Share a Commitment to The Villages 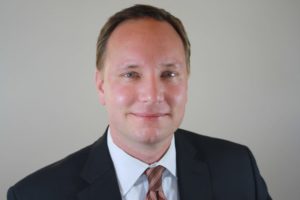 Daniel Phair, Chairman, Board of Directors, The Villages of Indiana, and John’s son.

As we celebrate the role of fathers this month, The Villages is proud to have the support of father and son duo John and Dan Phair. Dan was elected in April as chairman of The Villages board of directors while John, his father, was an active board member from 1997 to 2005.

For the Phair family, community service runs deep. John and his wife, Barb, taught their four children the importance of giving back. “His mother and I both come from families who taught us to share our good fortunes with others in our communities. We tried to show that to all our children. Dan has made us very proud with his commitment to The Villages and the youth of Indiana,” said John.

Son Dan credits his parents for teaching and showing him how to serve in the community. “From the very start, we were taught the tremendous importance of serving one’s community and helping those in need. I look forward to teaching those same values to my children as they grow,” Dan said.

Both father and son work together professionally at Holladay Properties where John is the president and CEO and Dan is vice president of development. Through their professional work, they learned about The Villages. John met Sharon Pierce, president and CEO of The Villages, when they were both in Washington, D.C., meeting with Indiana’s congressional delegates on behalf of Hoosier children. A few years later, John joined the board of directors.

John Phair, former member, Board of Directors, The Villages of Indiana, and Dan’s father.

Dan said he enjoys working with his fellow board members, leadership and staff members describing them as “champions for children and families.”

“Their resolve to take on all the challenges that come with being a caregiver, a foster or adoptive parent is inspirational to all of us on the board,” Dan said.

Pierce said The Villages is grateful for the support of the Phair family.

“We are so indebted to John, Barb, Dan and Kristen Phair,” Pierce said. “They’ve set an outstanding example of giving back to those in need, truly helping us to create brighter futures for The Villages vulnerable children and families!”