The Villages Salutes The Pless Family 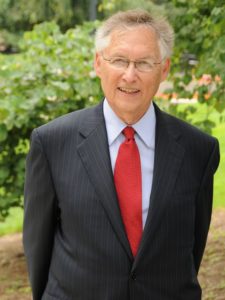 As we continue to celebrate our 40th anniversary this year, we honor the late Dr. John Pless and his wife, Mrs. Lois Pless for their hearts and compassion for children and families. Dr. Pless, a nationally recognized forensic pathologist, was a founding member of The Villages’ Board. He assumed the chairmanship in 1979, a role he fulfilled for 13 years. Dr. Pless remained an active and involved supporter of The Villages’ mission and vision until his death in early 2014.

In 1962, Dr. Pless saw his first case of child abuse, one of the hundreds he would encounter during his career. He presented lectures on the topic of child abuse for more than 30 years and served on the Indiana Child Fatality Task Force, contributing his knowledge and experience to developing strategies to prevent abuse. Dr. Pless’ concern for maltreated children resulted in a lifelong commitment to the treatment and prevention of child abuse.

In the late 1970s, Dr. Pless was drawn to the mission of The Villages, a new child and family services organization in Indiana founded on the principles of Dr. Karl Menninger. When the opportunity arose, Dr. Pless and Lois donate a parcel of land he owned in Bedford to The Villages of Indiana. The couple’s land gift, used to build a family model group home for abused and neglected children, was only the beginning of their longstanding commitment to The Villages’ mission.

In 1978, Dr. Pless became a founding member of The Villages’ Board. He assumed the chairmanship in 1979. During his 13 years of leadership on the board, The Villages grew from its humble roots with two group homes in Bedford into the third-largest child caring agency in the State of Indiana.

Dr. Pless remained an active supporter of  The Villages long after serving as a board member. He volunteered his services to the agency for many years as its designated physician and helped Indiana youth served by the agency access physicians and other needed medical services. In 2000, Dr. Pless and wife, Lois, established The Villages’ Pless Family Society for anyone willing to pledge a legacy gift to The Villages.

In 2003, when The Villages celebrated its 25th anniversary, and again in 2013 during The Villages 35th Anniversary year, Dr. Pless hosted a reception to honor community partners, staff members and foster parents who have worked alongside The Villages to better serve children impacted by abuse and neglect.

We are deeply indebted to the Pless family for their many years of volunteer service and passion for improving the lives of children recovering from abuse and neglect. Dr. Pless, through his leadership, philanthropy and hands-on work on behalf of vulnerable children at The Villages, is an enduring example of the positive difference that individuals can make in the life of a child … one child at a time.

Learn more here about significant milestones at The Villages.