The Super Colts are in the Super Bowl, and we at The Villages couldn’t be more excited! For the past several years, the Indianapolis Colts have generously supported The Villages’ life-changing. From summer camp scholarships to filming our PSA…the Colts have proven to be true Champions for Children!

Indianapolis Colts former head coach, Tony Dungy, and current head coach, Jim Caldwell, have helped spread the word about The Villages by acting as a spokes person in our commercials and public service announcements. Both coaches encouraged families to open their hearts and homes to Villages’ child and become foster parents…by joining a team of champions. 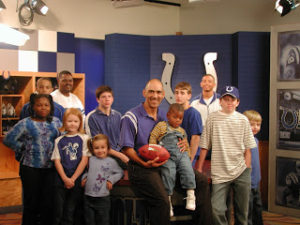 Coach Tony Dungy poses for a picture with The Villages children after filming the 2007 commerical. 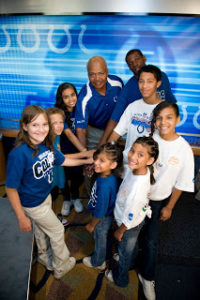 In the summer of 2009, Villages’ children received camperships to attend Indianapolis Colts Defensive End, Dwight Freeney’s football camp. This three day long camp gave the children the opportunity to hone their football skills, interact with Dwight Freeney and meet some of Freeney’s Colts team mates, including Peyton Manning and Dallas Clark. The children learned important lesson that can be used on and off the field! 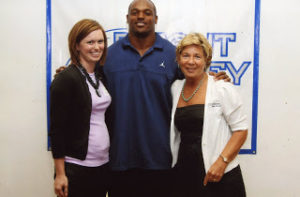 The Villages President and CEO, Sharon Pierce, and Director of Development, Katee Franson, gets their picture with Dwight Freeney at a post camp reception

Support from the Colts doesn’t end with the coaches and players. The Indianapolis Colts Women’s Organization have sponsored The Villages golf tournament for the past two years. Their financial support enabled us to raise critical funds needed to support our services and program for children recovering from the painful childhood trauma of abuse and neglect. 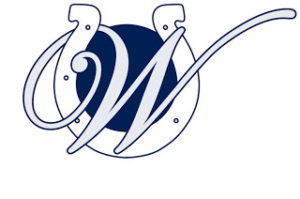 On behalf of 1,400 children The Villages supports each and every day … we wish the Indianapolis Colts the best of luck on Sunday! We are honored to have you as partners and we thank you for being Champions for our Children!