A Salute to the Foster Dad 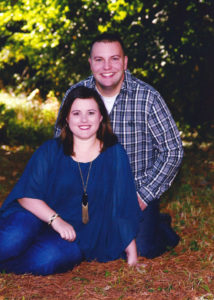 Justin and Jacqueline, foster parents at The Villages.

Father’s Day will be very special this year for Justin because it’s his first being a  foster parent. Four months ago, he and his wife, Jacqueline, became foster parents to two children under the age of 3.  After pondering the thought of foster parenting for years, it was a newspaper article about The Villages and the growing need for loving homes that prompted the Wadesville couple to act.  They started the process last summer and now feel privileged to care for children as foster parents.

“It’s one of the greatest things in life,” Justin says of being a foster dad. “It’s humbling and so fulfilling to provide for children and be there for them.”

Justin, a sheriff’s deputy, and Jacqueline, a registered nurse, both understand, and see firsthand, the need for vulnerable children to have loving homes. Justin says he and his wife are committed to providing love and support to as many children as they can.

Justin says their journey to be a foster parent would not have been successful without the continued support of The Villages. “Everyone is available to help. We have a case worker assigned to us, but if she’s out of the office or on vacation, someone else steps up and provides support. They are a phenomenal group of people,” Justin says.

Justin says his Father’s Day plans are not confirmed, but he would love to spend the day with the children in his care along with his dad and father-in-law. “I don’t need to do anything fancy. Just having us all together would be perfect.”

Justin and Jacqueline, along with so many other foster parents in Indiana, are making a difference in the lives of Hoosier children. Click here to start your journey and learn how to be a foster parent at The Villages.